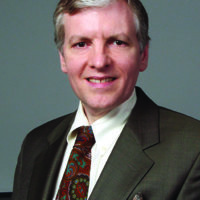 Dr. Gregory Bunt graduated medical school in 1983 from NYU School of Medicine, and completed his residency in Psychiatry at the Albert Einstein College of Medicine in 1987.

Dr. el-Guebaly’s introduction to mental health and addiction medicine dates back to 1969 during initial psychiatric training in the United Kingdom, followed by training in Canada and the United States

Dr. el-Guebaly completed three 3-year terms as Board Chair of the Alberta Gaming Research Institute, and is now the Alberta Gambling Research Institute’s current Research Director as well as Editor in Chief of the Canadian Journal of Addiction for the last 4 years. These interests have resulted in 260 peer-reviewed papers, 80 chapters, 568 presentations, and 60 past and current grants totaling $7 million.

He founded the Division of Alcoholism and Drug Abuse at NYU and the journal “Substance Abuse;” is co-editor of the American Psychiatric Association’s “Textbook of Substance Abuse Treatment,” and has published over 200 peer-reviewed articles, addressing pharmacologic and psychosocial treatment for addiction, and the psychology of Twelve-Step recovery.

He has received the Gold Achievement Award for innovation in treatment and the Seymour Vestermark Award for psychiatric education from the American Psychiatric Association; the Smithers Distinguished Scientist Award from ASAM; and New York State’s Award for Psychiatric Research.

Prof. Gawad is currently holding positions as Director of Treatment and Rehabilitation at the National rehabilitation centre of Abu Dhabi UAE.  He is Professor of Psychiatry, Cairo University, Cairo Egypt.

He was graduated in 1981 from Faculty of Medicine Cairo University where he received his M.B. BCh ; Master degree in Psychological Medicine and Neurology (1985) ; MD Psychiatry (1991) and  Diploma in Addiction Behaviour – Institute of Psychiatry, London University (1987) .

Since his graduation he was appointed as staff member at the department of Psychiatry Faculty of Medicine Cairo university where he is still holding his position as professor since 2001.

He served as the Past President of the International Society of Addiction Medicine (ISAM), the past Chair of the World Psychiatric Association Section of Addiction Psychiatry (WPA).

He participated and published numerous research covering most of psychiatric subjects notably in addiction. His primarily interested in comorbidy studies and developing addiction psychiatric services. He is the Co-PI of the Fogarty grant od Addiction Research between Cairo university and UCLA since 2012.

His goal is to achieve well-established scientifically-based centres in Drug Addiction with a suitable network both nationally and internationally.

Dr Henrietta Bowden-Jones is the Founder and Director of the National Problem Gambling Clinic in the UK, the only NHS service ( CNWL NHS Trust) designated for the treatment of pathological gamblers now in its tenth year.

She runs a gambling disorders research group and has been the recipient of Medical Research Council grants and a Wolfson Fellowship as well as several prizes and awards.

She is a medical doctor specialised in Addiction psychiatry and an Honorary Clinical Senior Lecturer, Dept of Medicine, Imperial College where she teaches and where she obtained her Medical Doctorate on the topic of “Ventromedial Prefrontal Cortex impairment as a predictor of early relapse in Alcohol Dependency”

President-Elect of the Medical Women’s Federation

Royal College of Psychiatrists’ Spokesperson on Behavioural Addictions Board Member of the International Society of Addiction Medicine.

She has published extensively on behavioural addictions in research journals, has edited three textbooks and regularly lectures at national and international level on the neuroscience and clinical aspects of behavioural addictions. Her website which includes all publications is www.henriettabowdenjones.com